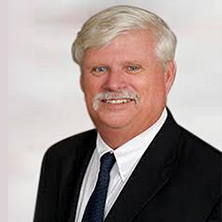 A highly accomplished and decisive leader with a proven track record of implementing effective business strategies, process improvements and innovative solutions, Frank Cowan is using his proficiency transforming production operations and critical programs to enhance performance and achieve organizational objectives as Director of Operations for Resion.

Prior to joining Resion in 2017, Frank was Founder, General Partner and Principal Consultant at Asset Management & Services International in San Antonio, Texas where he was responsible for strategic vision, partnerships formation, and company improvements.

For nearly a decade before that, he was in commercial business development for Lockheed Martin Kelly Aviation Center in San Antonio where he established a customer base through the development of relationships in commercial and military engine MRO as well as in adjacent markets of on-wing support, targeting fleet scheduling and material handling. Mr. Cowan also served as a Military Business Development agent for Lockheed Martin IS&G where he created several win strategies for PBA that included the establishment of a public-private partnership.

From 1976-1997, Mr. Cowan served in the United States Air Force, Air Education, and Training Command. He has both military and commercial aircraft experience and has won numerous awards, including the LM Aero Star, winner for Supply Chain operations, NOVA Award Winner for PBA Team and numerous Rising Star awards. He held certifications/certificates in Airframe and Powerplant Management, Maintenance Management, Weight and Balance and is a Green Belt.